When using the term “legend” is entirely appropriate 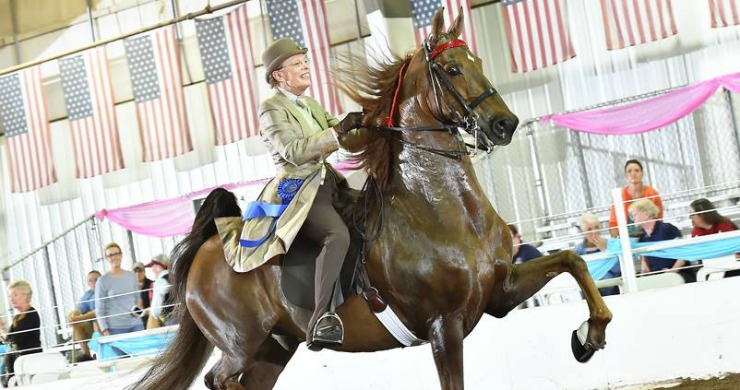 We live in times where exaggeration is the norm, embellishment is the rule and hyperbole is king. Watch how seemingly trivial stories “go viral” on social media in an instant, and suddenly thousands (millions?) of people are aware of the story’s mundane details. See how some people suddenly become famous and are found everywhere in pop culture, although most of us do not have a clue as to why.

It is enough to make your head spin.

But sometimes an individual comes along whose sheer impact on an institution is so profound that their influence simply cuts through that dizzying noise of everyday life and achieves legendary status. Here at William Woods, one of those people is undoubtedly Gayle Lampe. And yes, calling her a legend is entirely appropriate.

It has been some time since Gayle first “came along” to The Woods, of course. This September, she will mark her 50th year as a professor of Equestrian Science here at William Woods. When people laud the excellence of our nationally-acclaimed Equestrian program at this university, they are really talking about Gayle, who established our first four-year degree program in Equestrian Science and spent 41 years as the director of our Saddle Seat program. There is simply no other way to say it, Gayle Lampe is the William Woods Equestrian Program.

Gayle’s accomplishments in five decades at William Woods, and her status as an internationally-renowned expert in the field, are worthy of a book. So today I am going to just focus on her latest honor. On June 2, she was inducted into the International Saddlebred Hall of Fame, chosen by her peers in the American Saddlebred industry for her influence nationally and internationally in the field of Equestrian Science. It was just the latest in a lifetime of well-deserved accolades to a pioneering individual whose legacy at William Woods now stretches for a half-century. 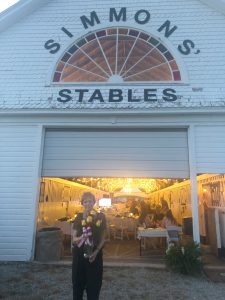 But one of the things that makes Gayle so special is how modest she is, and how little all of this Hall of Fame career has fazed her. For Gayle, it is all about the field she so loves and has devoted her life to. In fact, if you tried to find her in the past week to offer congratulations on her induction, you would have had to hit the road; Gayle was in Kentucky at – where else? – something called the Rock Creek Horse Show. There is no resting on laurels or slowing down for this William Woods icon, even after 50 years or even during these supposed lazy days of summer.

I first met Gayle when I came to WWU in 1973, and we became instant friends. She introduced me to the “world of Equestrian” in 1992 when, as president, I enrolled in one of her Saddle Seat classes. This led to the 1994 Kansas City Royal Ride that Gayle, along with all the saddle seat students, prepared me for – the opening of the Royal. I have traveled with Gayle extensively, to shows in Kentucky, Arizona, Tennessee and California, but truly came to understand who Gayle was after I had the chance to meet her parents. When her induction in the Saddlebred Hall of Fame was achieved, I sent her a congratulatory note and said “There are two special people smiling down on you today – enjoying the pride that their daughter has given them.”

So if you are able to catch up with Gayle during these next few weeks, be sure to congratulate her on her latest honor. Thank her for her fifty years of dedication to William Woods. Be prepared for her to change the subject because legends rarely talk about themselves, they leave that to others. We have been talking about Gayle Lampe for 50 years now at William Woods, and I suspect they will still be talking about her here 50 years from now.