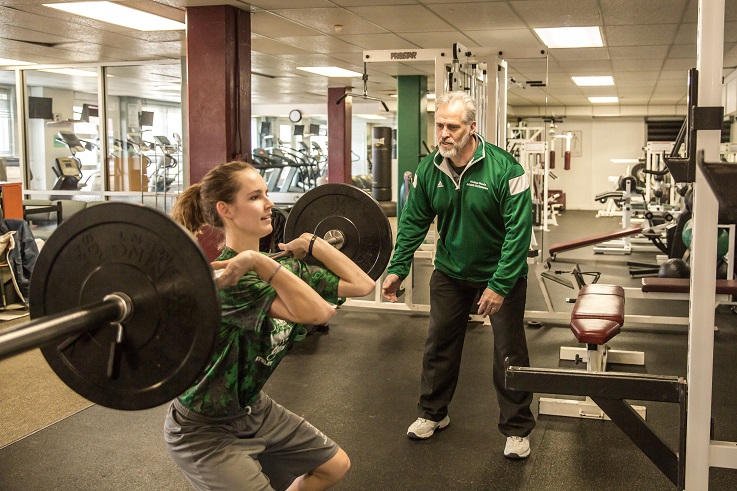 When we say we are committed to educating the “total person” here at The Woods, it has always been more than just lip service. For example, we created the nationally-lauded LEAD program 19 years ago for just that reason, to ensure we were providing education and experiences for our students that go well beyond the classroom. It is an important part of developing a well-rounded life – both personally and professionally.

Our philosophy has always extended to our intercollegiate athletics program, where we continue to take great pride in our 16 athletic teams and approximately 275 student-athletes. For these dedicated men and women, being able to continue competing in a sport at the collegiate level, for which they have already invested so much time in during their lives, is the perfect compliment to the academic and social college experience.

What makes the William Woods athletic experience stand out is the quality of individuals we have in our athletic department. Consider these two examples from just the past month.

This award is especially impressive for Bob, the first and only strength and conditioning coach William Woods has ever had, because it includes all college and university athletic programs across the country, from NAIA all the way up to the biggest Division One programs.

During Bob’s 17 years with the Owls, he has trained two national champions, four runner-ups, and more than 130 All-Americans. His work has been instrumental in more than 80 conference championships and post-season appearances for William Woods teams and athletes, a legacy that led to his induction into the WWU Athletic Hall of Fame in 2018. But now, we can accurately say that William Woods athletes are trained by literally the top strength and conditioning coach in the United States!

Meanwhile, on January 24th, our women’s basketball coach Dan Chapla became the winningest coach in William Woods women’s basketball history when his Lady Owls downed Harris-Stowe. It only took Dan ten and a half seasons to achieve the honor, during which his teams have racked up 250 victories to go along with an impressive .718 winning percentage. His teams have regularly earned berths in the NAIA national tournament, won 20 or more games in nine of his 10 seasons and have regularly finished the season ranked in the NAIA’s Top 25.

Our athletic director Jason Vittone said it best when he said that “the last 10-plus years of Owls basketball has been historic. It’s been a real pleasure watching Dan and his student-athletes excel on the court, in the classroom and in the community.”

Which is what it is all about, ultimately. Excelling in the classroom, on the court/field, and in the community. We have that in droves here at William Woods, not to mention some pretty impressive individuals guiding our students in their pursuits, whether its our professors or our coaches.